T.I.’s daughter Deyjah tears up about his virginity, gynecologist comments

Rapper T.I.‘s daughter Deyjah Harris opened up about her father’s comments about making “yearly trips to the gynecologist” to check to see if she was still a virgin.

During Monday night’s episode of T.I. & Tiny: Friends and Family Hustle, Deyjah spoke about the immediate backlash from her father’s comments and how it made her “uncomfortable.”

“Things are completely uncomfortable for me right now,” Deyjah, 18, said in a confessional. “We’re all together in this house, so I have to see my dad and be around him. And we’re in a foreign country so it’s not like I can leave and get away.

“I’m scrolling on Twitter, and I see that I’ve been tagged in a post. The only word that I saw was ‘gynecologist’ and I didn’t even need to read the whole title ’cause I just knew. My heart sank — very shocked, hurt, angry, embarrassed. “I mean, honestly, I’m embarrassed, definitely, for sure,” Deyjah said to her cousins. “I’m trying to put it in the back of my mind so I’m not really thinking about it. I know it’s not healthy. But I’ve been doing that since I was a child.”

She said she doesn’t usually handle “problematic issues head-on” and she tends to “hope the issues just go away.”

She said T.I. had been going with her to the gynecologist since she was 14 or 15 and she “couldn’t have said no” to her dad when he asked to join for the appointments.

Deyjah’s cousins said that if it were her brother King who lost his virginity, it would be “praised.”

“I do think my dad treats me differently than the boys when it comes to the subject of sex and supervision,” she said. “My dad even jokes with King about becoming a baby daddy. He would never joke like that with me.”

Deyjah said she didn’t want to talk to her dad about it because “he always plays victim.”

“I just don’t care to be around him right now. I’ll be a better parent — I mean, I’m not saying he’s a bad parent. I’m saying when it comes to stuff like this, I’m just going to be connected more mentally and emotionally on that,” she told her cousins. “I need more time to figure out what I want to say, but things are completely awkward and uncomfortable between me and my dad,” Deyjah said while getting emotional. “Prior to all of this happening, our relationship was pretty decent, but after all of this, it’s changed, honestly.

“This situation is just a little traumatizing for me.”

T.I.’s mom Latrice confronted her son about the comments he made about his daughter on a now-deleted episode of the Ladies Like Us podcast. He told the hosts the purpose of the trip to the gynecologist was to find out if her hymen is “still intact.”

Latrice tried to convince T.I. to speak to Deyjah but he said, “If Deyjah hasn’t come to me, why would I disrupt my energy with that?” 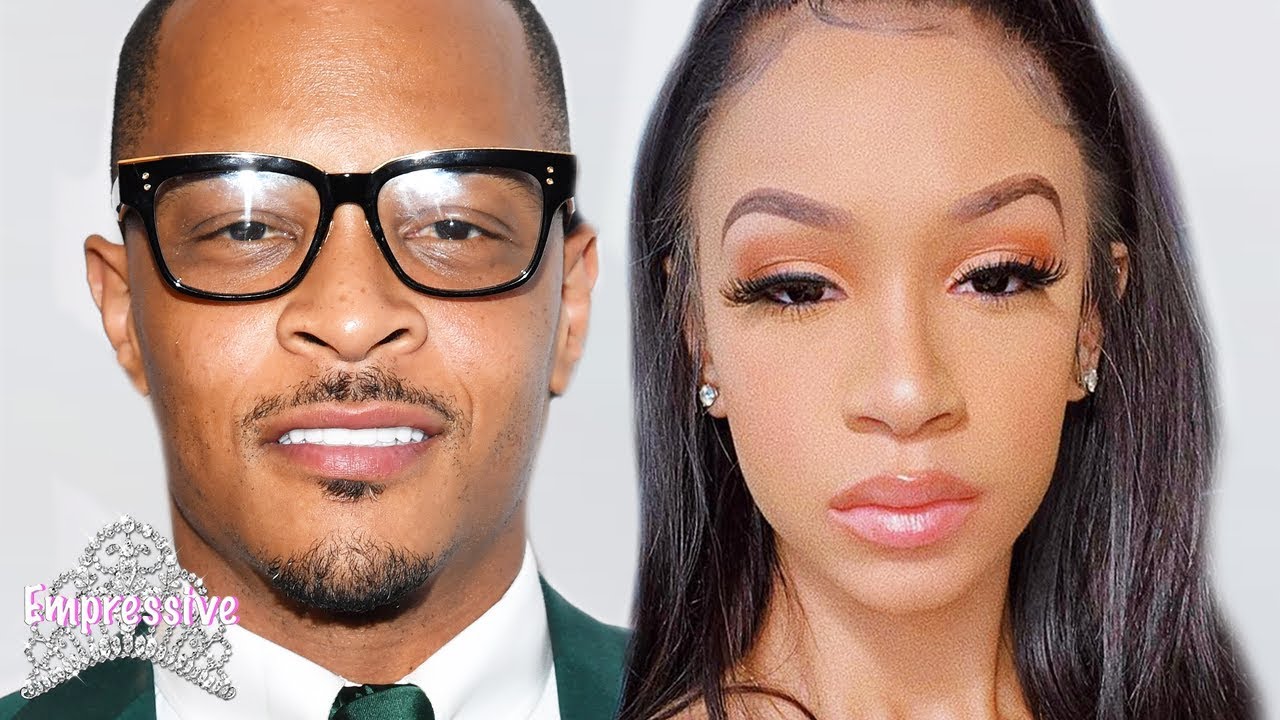 “I told a joke that was laced in truth, also (with) a lot of major embellishments,” T.I. told the camera in his confessional. “I was speaking past tense. People thought I was speaking present day.”

“I think all of this surrounds a conversation that I was having in a very joking manner when asked how do I deal with parenting in this day and age,” he said.

“I began to embellish and exaggerate,” he continued. “I think that a lot of people kind of took it extremely literal … I honestly thought people knew me better than that.”

Smith asked the rapper if he understood the sensitivity around his comments when he made them. T.I. replied that in the moment, he did not.

“I understand it now,” he said. “However, my intentions, I think, have been terribly misconstrued and misconceived. I never said I was in any exam room. That is an assumption … it is a falsity. I never said that it was being done in present day.”

T.I. noted some headlines implied his daughter had these “check-ins” with a doctor at the age of 18. He said these were pre-planned doctors’ visits that happened when she was 16. T.I. added his daughter’s mother — singer Ms. Niko — was also there for the visits.

“Most fathers don’t go but he was just present … he didn’t make the appointment,” his wife Tiny added.

The rapper told Smith his daughter didn’t have any objections to the appointments but she was disappointed with his comments on the podcast.

Kindly, Share if you have any articles with us