Deyjah Harris has broken her silence after it emerged her dad, rapper T.I., takes her to the gynaecologist every year to make sure her hymen is still intact.

The horrifying revelation, which involved the rapper sharing his daughter’s extremely private and intimate medical information publicly, saw T.I. confess to making the yearly appointments to check whether 18-year-old Deyjah is still a virgin.

His comments prompted disgust and the rapper, whose real name is Clifford Joseph Harris Jr, was condemned by many who called his behaviour ‘controlling’ and ‘possessive’ – claims which have since been backed up by Deyjah herself. Despite T.I. claiming he had his daughter’s consent to be privy to her intimate business – a claim that is absolutely worthless when you consider the way he went about it – the 18-year-old’s Twitter activity tells a completely different story.

Having been inundated with messages of support on her social media, with many urging her to speak out and tell her side of the story, Deyjah told her followers: ‘i loveeeeeee yalllllll’, before liking three extremely telling tweets which called out her dad for his actions.

While one tweet read simply: ‘That is just beyond possessive,’ another read: ‘This is disgusting, possessive and controlling *whew*,’ and the latter said: ‘”give me my results” first of all mf, those are HER results!! Like WTF.’ The concerning revelation came during the Life Hacks episode of the Ladies Like Us podcast, when the 39-year-old rapper was asked whether he had spoken to his children about sex. It was then he casually dropped in ‘not only’ had they had the conversation, but they have ‘yearly trips to the gynaecologist to check her hymen’.

When hosts Nazanin Mandi and Nadia Moham simply laughed, presumably believing the rapper was joking or at least exaggerating, Harris went into greater detail about one specific appointment – which he made in the days following Deyjah’s 16th birthday.

Interestingly, his daughter never gets a voice in his version of events; the story is very much told from T.I.’s point of view throughout, even when the issue of consent is brought up and the doctor announces he needs Deyjah’s permission to share her medical information with her father. 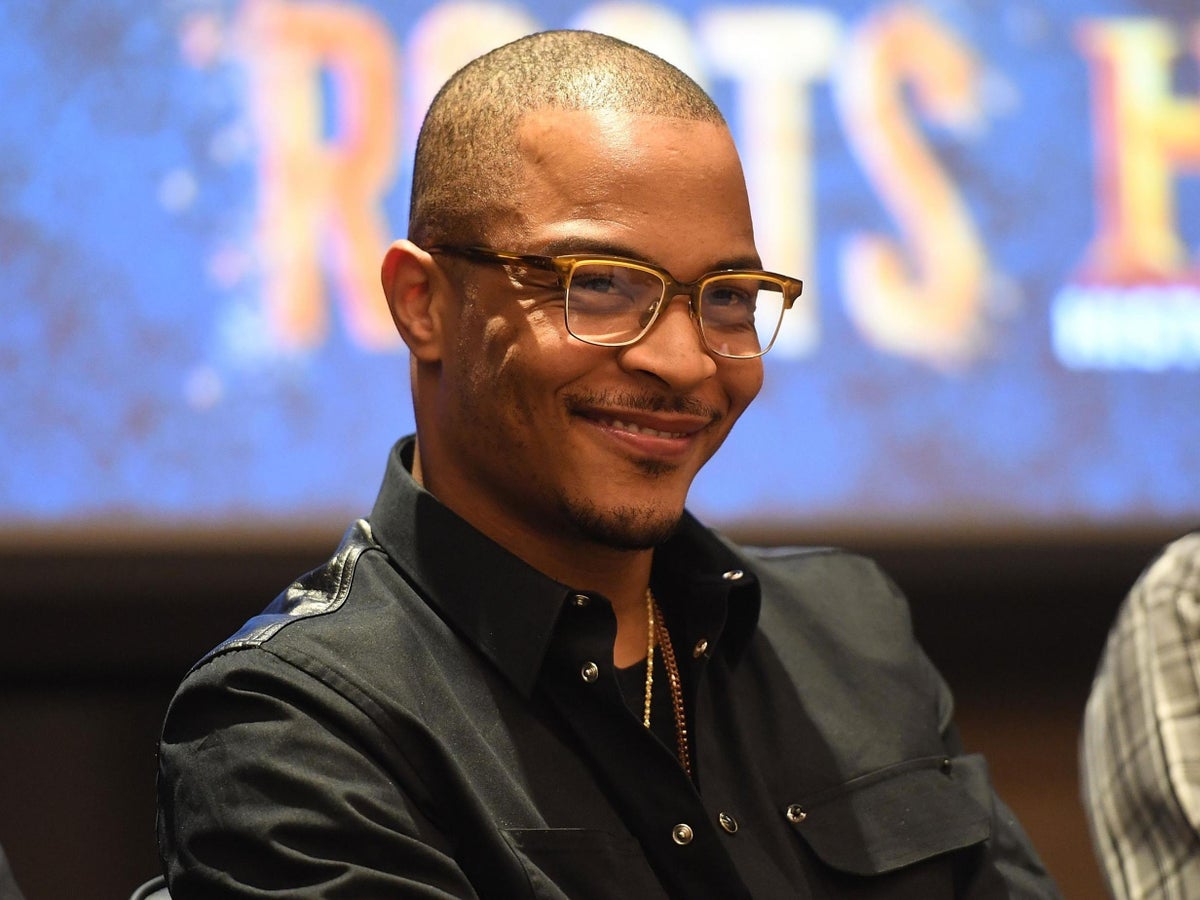 T.I. states: ‘I’m like, ‘Deyjah they want you to sign this so we can share information. Is there anything you wouldn’t want me to know? See doc? No problem.’ However, it’s at no point made clear to the listener whether his daughter – who would have just turned 16 at the time of the appointment – actually gave permission for her dad to be told about her hymen.

Even if she did, Deyjah certainly didn’t give permission for her father to then share that information with the entire world while appearing on a podcast. A person’s virginity is their business, just as a woman’s hymen is hers. It should never be simply used as an ‘interesting’ anecdote, thrown around one day by a person who has no business doing so.

And yet T.I. recalled telling the doctor: ‘Just check the hymen please and give me back my results expeditiously.’ Note the fact he said ‘my results’, not ‘my daughter’s results’, reinforcing the idea that Deyjah has no control over her own body.

This is by no means the only thing wrong with T.I.’s claims, either. The idea that a person’s hymen can only be ‘broken’ during sex is a myth, as is the belief that an ‘intact’ hymen is equivalent to someone’s virginity – so not only are his comments highly disturbing and damaging, but they’re just plain wrong.

The hymen, a thin piece of tissue that surrounds the external vaginal opening, can ‘break’ for any number of reasons – including sex, horse riding, inserting a tampon, riding a bike, gymnastics, etc etc… Facts T.I’ was already aware of, because he recalled the gynaecologist mentioning them to him at one of the appointments.

He told the hosts:
They come and say, ‘Well I just want you to know that there are other ways besides sex that the hymen can be broken like bike riding, athletics, horseback riding, and just other forms of athletic physical activity.’
So I say, ‘Look doc, she don’t ride no horses, she don’t ride no bike, she don’t play no sports.’

So far, the results have been to her father’s liking, with him claiming: ‘I will say as of her 18th birthday, her hymen is still intact.’ He then contradicts himself completely by suggesting that no boy wants to be with a virgin, stating: ‘They’re no fun. Who wants a virgin? Like really? All that work’. Wow.

Ladies Like Us has since removed the controversial episode from the podcast.

Previous T.I.’s daughter Deyjah tears up about his virginity, gynecologist comments
Next Man charged after mother of 6 was fatally sta’bbe-d in van in West Philadelphia, officials say