Michael Blackson will not miss the opportunity to deliver a joke. The comic is not known for being appropriate when it comes to his humor, and it is key to his appeal. Unfortunately, he recently went for a joke that not everyone is feeling in reference to WNBA star Britney Griner. Despite calls to take it down, the comedian is doubling down and telling fans to lighten up a bit.

It is a tough time for comedians. The world of social media has made it impossible for a joke to disappear. From videos to Tweets, a comic cannot escape their missed punchlines even if they tried because everything can now be screenshot or recorded. Every joke lives online forever. People have been famously trying to end the career of Dave Chappelle for years now for jokes delivered during his sets. Chris Rock talked about how cellphone videos have ruined the experience for comedians on tour. While they used to try out new content on the road, a lot of them are afraid that the wrong video may showcase a joke in a way that it was not intended to be received. 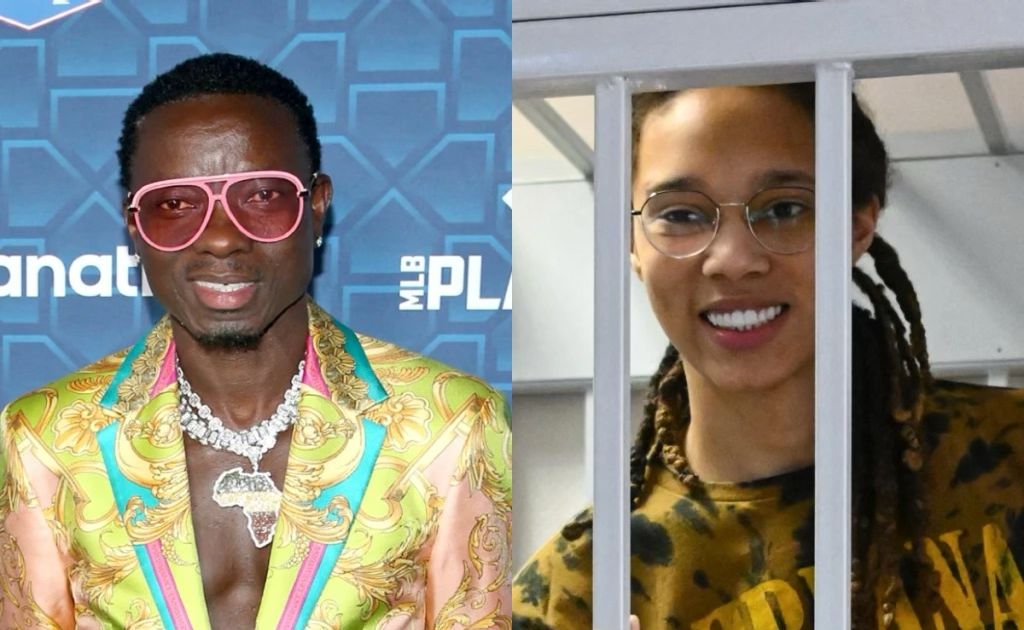 “It’s a dicey time.” said comic Jamie Kennedy to Fox News during a discussion about cancel culture. “I mean, let’s take [a] recent example … Pepé Le Pew. I mean, if we put a magnifying glass to everything in history, I will assure you with the new guard, you can almost cancel everything. So it’s a matter of nuances and context.” This has gotten even worst following the Oscars this year when Will Smith ran up on stage to slap Chris Rock following a joke about Jada Pinkett Smith’s bald head. Jada is balding due to alopecia, and Will did not find the joke funny. Weeks later, another person ran up on stage in an attempt to tackle Dave Chappelle following a joke about homelessness. 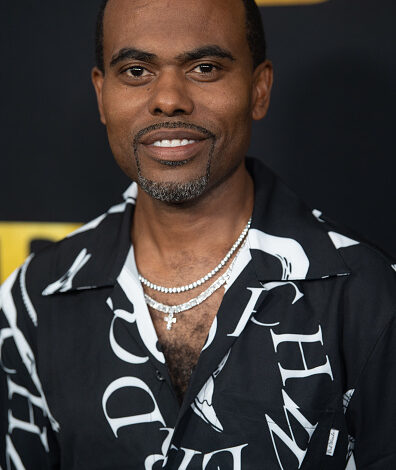 In order to combat this, some comics have been making sure to clear jokes before delivering them. Tiffany Haddish says that she checked with Usher before making a joke at his expense. For Haddish, this is actually not a new thing, as she feels that no one should believe they can just make a joke without any consequences. “I never thought you could just say horrible things about somebody and think they’re not going to slap you, and I think that’s because I grew up in foster care.” She continued, “I check and verify with people. If I can’t say it to your face, I shouldn’t be able to say it. Period. That’s how I draw the line.”

This gets even worst when it comes to social media. Tweet jokes can be very hard to interpret if the comic’s tone is unfamiliar to you. Michael Blackson is experiencing this today after delivering a tasteless Tweet joke about Britney Griner. Griner is currently behind bars in Russian after being stopped in their airport. She got sentenced to 9 years. Griner is a lesbian, but Blackson thinks he could have a go at her when she gets out. “When Britney Griner gets out, I want to be the first one to give her some.” 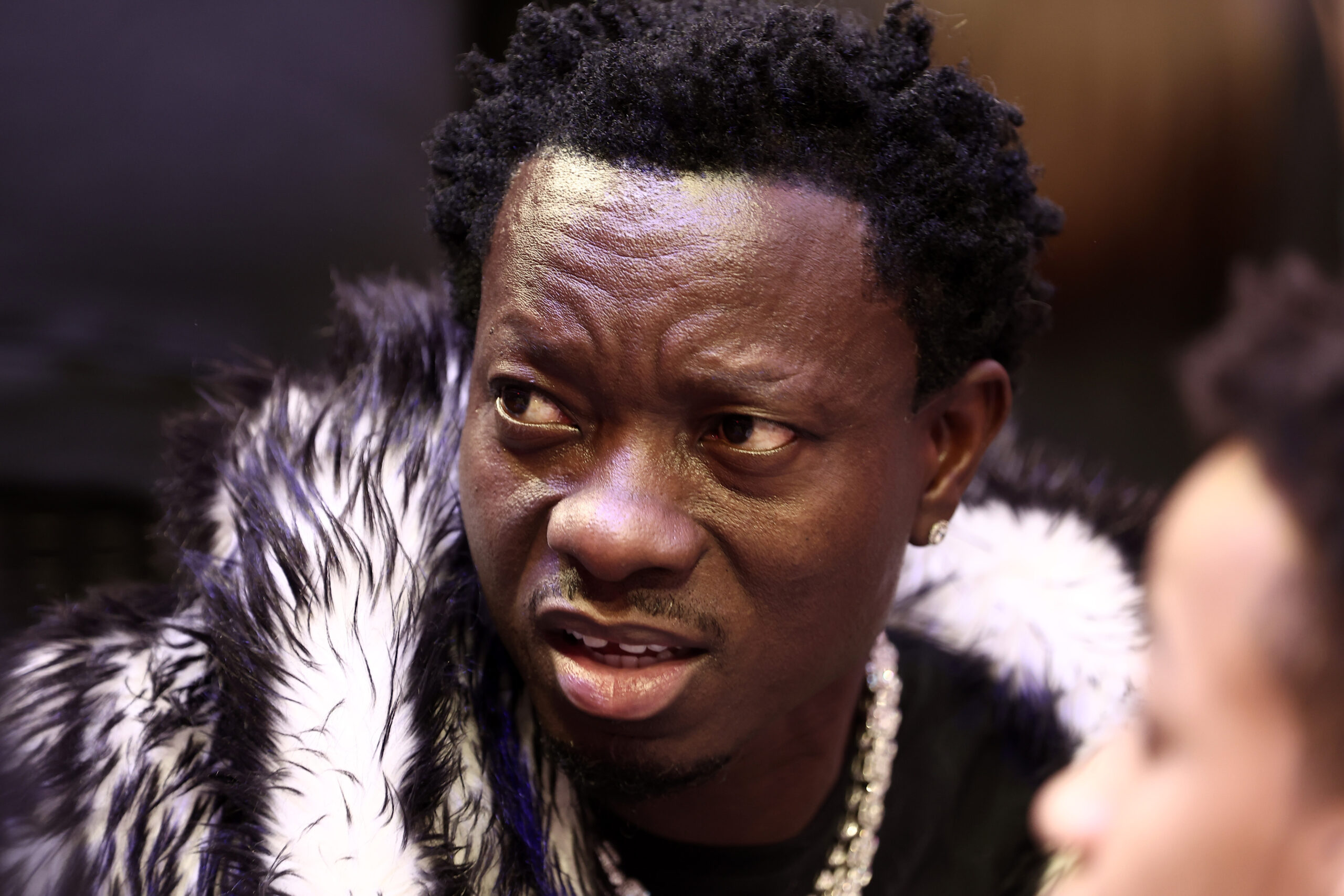 The joke was wrong on several levels, as not only is Griner a lesbian, but she is also masculine presenting, married, and going through an incredibly difficult time. People urged Blackson to delete the Tweet and tried to educate him on how bad it was. “If she were married to a man, he wouldn’t say this. It’s not time for joking right now, but y’all go off on ‘everyone sensitive these days’ some jokes should be kept to your damn self or your group chat.”

Michael posted a screenshot of a conversation between him and Britney from 2017, where they seemed to have a good relationship. In it, he asked her to share the picture they took together, which she did. “You’ll stop being sensitive, [Britney Griner] my homie,” he said. He continued saying, “I know she’s going to be out by the grace of god that’s why I’m making a joke.”Lil Duval came to his defense, saying that if the joke had been delivered at a show, people would have laughed. “we can say the exact same thing on stage, and everybody laughs, but on social media (where everybody is mostly unhappy) it’s like y’all choose to be offended.” Do you think Blackson is out of line? 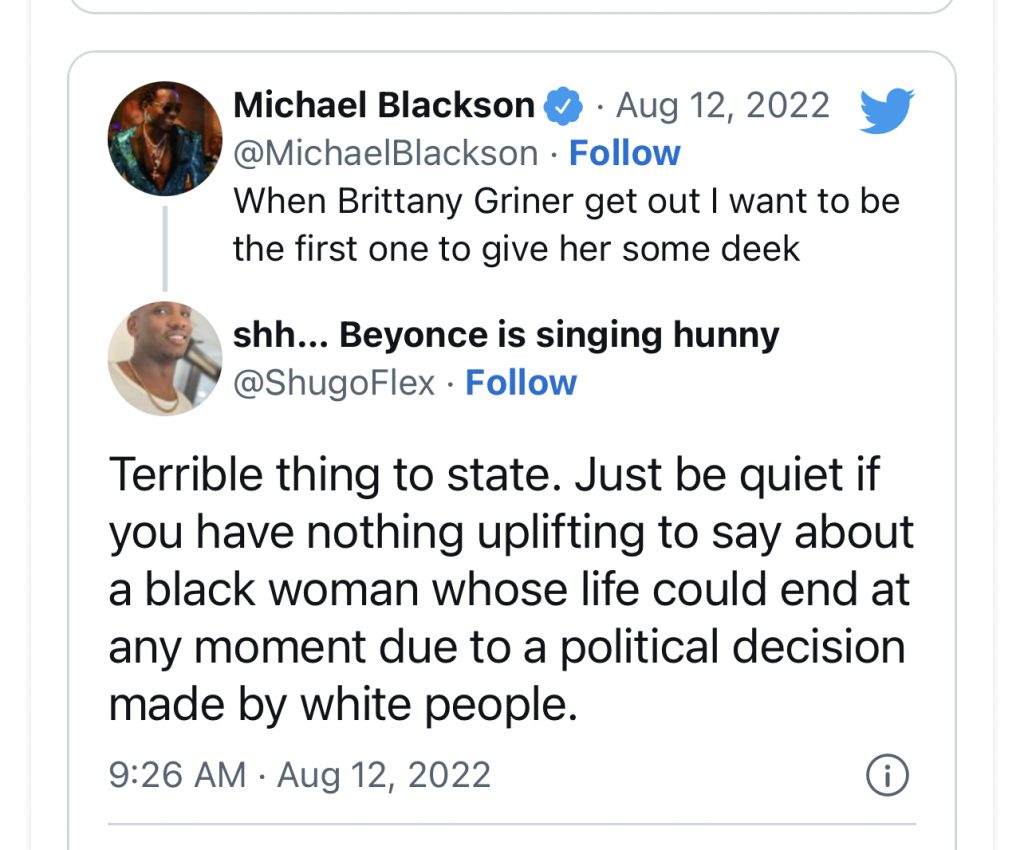